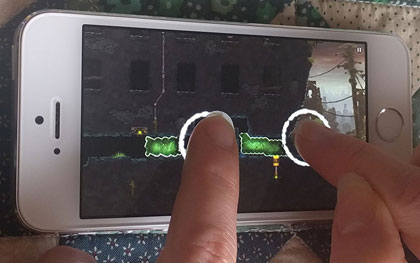 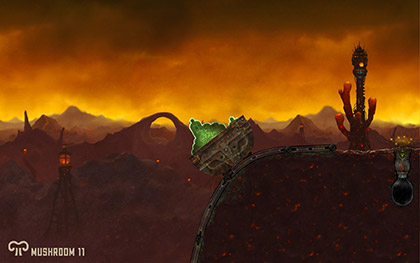 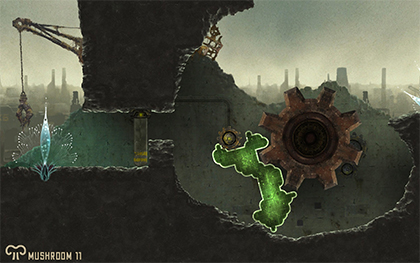 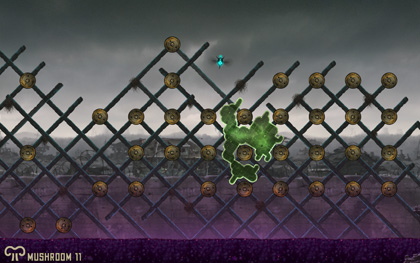 • “Mushroom 11 is the most unique game I’ve played in quite a while, and it’ll be great for people who want something different” – Kyle Orland, Ars Technica
• “I always feel like I’m on an edge of failure with this [game], like you’re falling off a cliff and grabbing on with your fingertips.. it feels great!” – Steve Marinconz, Kotaku
• “See why Mushroom 11 was one of my favorite games at PAX East” – Hamza Aziz, Destructoid
• “It is one of those ideas that seems so elegant that it is surprising nobody had ever thought of it before.” – Darren Nakamura, Destructoid
• “It’s just moving to play something that feels so fresh, yet familiar. It’s all wrapped up in some gorgeous artwork too, with what looks like the ruins of civilization in the backdrop.” – Chloi Rad, IndieStatik
• “There’s beauty in Mushroom 11’s desolation and earthy colors, and clutter just wouldn’t suit the organic growth and movement of the blob” – Ludwig Kietzmann, Joystiq
• “I haven’t been able to stop talking about Mushroom 11 since I played it. This game is simply wonderful.” – Stephen Johnson, Game Skinny
• “Mushroom 11 is going to be an incredible game. It’s already is incredible.” – John Lindvay, Big Sushi